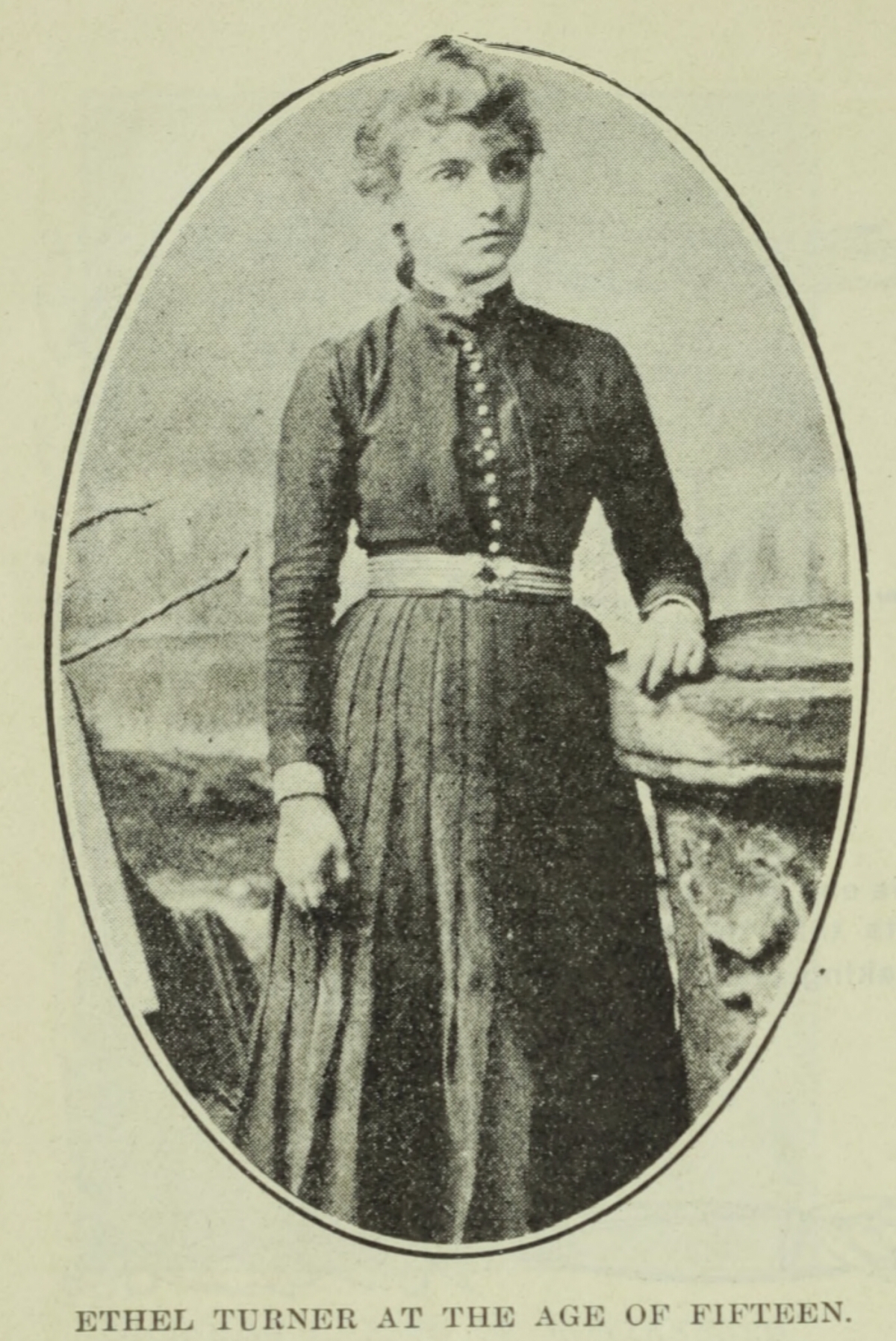 Welcome Back to Tea With Ethel Turner.

While we’re having tea again today, I just thought I’d mention that yesterday marked three months since Greater Sydney went into Covid Lockdown 2.0. I’m in lockdown with my husband, Geoff, who is working from home and our two teenagers and three dogs. Not that I’m complaining. However, as good as Ethel Turner’s writing might be, it does help explain why I’m binge reading her collective works right now. That’s not because I’m bored out of my mind, and climbing the walls. Rather, I’ve been needing solace, and somehow she offers that. Ethel was an incredibly compassionate, loving person renowned for her generosity. As an extrovert and someone who is particularly vulnerable to Covid, I particularly need that at the moment. I need a hug from Aunty. At least, that’s how she was seen by her thousands of young readers.

Anyway, after that excessively chatty intro, today we’re leaping into our tea cup and flying saucer and travelling back to Ethel Turner’s early days.

Although Ethel Turner is known as an Australian author, she was actually born Ethel Mary Burwell on the 24 January 1870 at Balby, Yorkshire, England. Turner was her step-father’s name 1.

Little is known about her father Bennett George Burwell, other than that he was a commercial traveller. Her mother, Sarah Jane Shaw, was christened on the 11th January, 1844 at St Mark’s Church, Lincoln, Lincolnshire. Her parents were William Shaw and Rebecca Hall. Her Sarah’s obituary states that her father “in his youth had seen military service in the West Indies and at Crimea”. In the 1851 Census, the Shaw family were living at St Mary Le Wigford, Lincolnshire, England. William was 50 years old and had been born in Melbourne, Derbyshire and worked as a stationer. They had five children and two servants and Sarah Jane was seven years old. Ethel Turner’s biography states that William Shaw, a professor of music and her mother was Rebecca (formerly Hall); they lived at St Marks in Lincoln and the family prospered to the extent of buying a well-equipped  stationers 2.

No record of Ethel’s parents’ marriage has been found, and it’s been suggested they were not married. Unfortunately, this also means a missed opportunity for finding out more about them.

However, the birth of Ethel’s older sister Lillian, pins the family down. Lillian was born on the 21st August, 1867 at Gresham Street, Lincoln, Lincolnshire. Lillian was roughly two-and-a-half years old when Ethel was born.

Ideally, the 1871 British Census would show where the Burwell family was living at the time. However, I have been unable to find any record of Ethel Burwell, Sarah Jane Burwell, Jane Burwell, Lillian Burwell in the 1871 UK Census on Family Search. I’m happy to stand corrected. In fact, bring it on! There are a few rough bumps in Ethel Turner’s early years, and I thought it best to bring those out into the open and get them sorted once and for all.

Meanwhile, her biographer, AT Yarwood, claims Sarah was listed as Jane Burwell 25 years, husband commercial traveler abroad, Lillian three, and Ethel one and the family also had a domestic servant, Harriet Bywater, aged 15. I can’t find her either.3.

So, I’m putting the challenge out there. Can you help me please? Pretty please!

Anyway, moving right along, Ethel Turner’s father apparently died in Paris around 1872. That must have been incredibly hard for Ethel to lose her Dad when she was just a toddler, and for her mother to be widowed with two young daughters to care for.

On the 21st August, 1872, Ethel’s mother, Sarah, married widower Henry Turner at the registry office in Yarmouth, Norfolk. They were both living at Simpson’s Temperance Hotel in Yarmouth at the time. After the marriage, Lillian and Ethel changed their names to Turner. Henry Turner was 46 years old when he married Ethel’s mother. He was a factory manager. A large ornate clock, which his daughter Lucy carried with her to Australia in 1880, became part of Henry’s legacy. It bore an inscription: “Presented to Henry Turner Jnr as a mark of esteem and respect by the employees of Messrs H. Turner and son, Brunswick Street Mills, Leicester, Dec 24 1869.”

The Family of Henry Turner

One of the questions that comes up regarding the identities and inspiration behind the Seven Little Australians, is whether these were the children of Henry Turner. I have managed to find Henry Turner, wife Mary and their six children in the 1871 Census where they were living at St Margaret’s in Leichester East (Source: Family Search):

Returning to Sarah Jane and Henry Turner, daughter Jeanie Rose was born in 1873, while the Turners were living in the Wellington Villas, Amberstone Road, Leicester, about 40 km North of Nuneaton.

Tragically, Henry Turner died in August, 1878 in Coventry and was buried in an unmarked grave in Coventry Cemetery. Widowed once again, Ethel’s mother was now left with with three daughters: Lillian, Ethel eight and Rose five. Apparently, Henry Turner had only left them £200 when he died[1]. I’m not sure what that amounted to in their money. However, it doesn’t sound very encouraging.

The Turners Embark for Sydney, NSW.

Just under two years after the death of Henry Turner, Sarah Jane Turner and her three daughters aged 12, 9 and 5 embarked as unassisted passengers on board The Durham for Sydney – along with Sarah’s step-daughter, Lucy Turner, aged 21 years. They sailed out of Plymouth on the 20th January, 1880 and arrived in Sydney three months later on the 23RD March, 1880.

The family’s departure from England is a good place to draw the curtain on Ethel Turner’s early life.

Probably more than any other page, I am expecting to return back here as new information comes to light. I am still reading her biography: A Chair in the Sun and her diaries which were compiled by her grand-daughter, Philippa Poole. I am also about to start reading Three Little Maids, which is apparently heavily autobiographical about her early childhood with sister Lillian and her younger half-sister, Rose. That’s something to look forward to, and you can start reading if you want to keep up. Also, might I suggest that you also start reading Seven Little Australians. The suspense is brewing.

I look forward to seeing you soon!

One thought on “The Beginnings of Ethel Turner.”